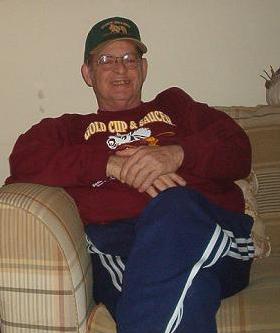 
Thank you for your thoughts and prayers during this trying time.

Richard N. Binnall, the first Recreation Director for the Town of Burlington, passed away after a long battle with cancer on Saturday, May 19 at the Lahey Clinic Medical Center. He was 65 years old. Dick was born, raised and educated in Gardner, the son of the late Richard and Blanche Binnall. He was a graduate of Gardner High School, and in 1964, and received his Bachelor of Science Degree from the University of Massachusetts in Amherst, where he was a member of the Alpha Sigma Phi Fraternity.

Dick had a numerous list of activities, interests, and achievements during his life. He was the Past President and a long time member of the Burlington Rotary Club, Past President of the Mystic Valley Association for Retarded Children, Babe Ruth Baseball Coach, Burlington Town Meeting member, Owner and President of B & B Building Services, and Former Director of the M.D.C. Middlesex Fells Division. He fulfilled his life’s dream by becoming the owner of the Ocean Breeze Stable in Prince Edward Island, Canada. He and his wife Mary Lou enjoyed many summers racing their standardbred horses.

Most importantly to Dick, he was the beloved husband for 37 years of Mary Lou (Scanlan) Binnall. He was also the father of James M. “Jamie” Binnall of San Diego and Timothy P. “Tim” Binnall of Burlington.