Since Jason Martell was the guest on Saturday's Coast to Coast AM, I thought it was a good time to write a tiny little bit about one of my favorite subjects, ancient mysteries. I love Jason’s sites

http://www.ancientx.com and http://xfacts.com. Mind you I am not a big believer in Planet X. On a scale of 1-10, I would say my belief level is about 1 ˝, but that doesn’t keep me from enjoying a good planet X c2c show. What I enjoy about these shows the most in the intrigue of the ancient mysteries, like the decoding of ancient text and the artifacts left behind, amazing stuff in my book. I am a pretty big history buff too so add some mystery to that and you really have my attention.

One of my favorite articles on the ancient X site is the one about the Dropa stones. I have also seen stories on history channel and other places about these and I find them fascinating. The Dropa stones were discovered in 1938 in caves near the China and Tibet border. A bit of a side note, that is the same area that India Daily claims there exists an alien base. First found in these caves were the remains of little spindly bodies with large heads then the Dropa stones were discovered. 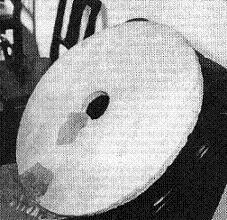 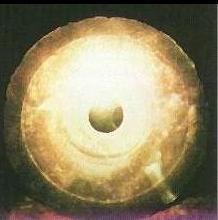 The Dropa stones are large stone discs, they have hole in the center and spiraling groves and resemble a large stone record. Upon closer inspection it was discovered that the groves were really written characters. At the time nobody could decode the written information so the discs were filed away for 20 years. In 1968, Dr. Tsum Um Nui announced that he had broken the code. If he really did and what he claims the discs say is true it is nothing short of startling. According to him the discs state that a spaceship landed on earth some 12,000 years ago. Apparently they landed there because their ship was broken, many were hunted down and killed before the local people realized that the Dropa aliens meant them no harm.

Another story about the discs come from the Russians who were allowed to examine them. They put the discs through chemical analysis and found them to contain large amounts of cobalt and other metallic substances. They also constructed a special turntable for them on which they “hummed” in a strange rhythm, one scientist stating “as if they formed some part of an electrical circuit.”

Somewhere on the internet at a site calling itself a science site I read that the Dropa stones are a hoax. I have no clue how they arrived at this conclusion so I will continue to believe they are not a hoax. Another interesting fact to note is the two tribes still living in the area, The Hams and The Dropas, average only about 5 feet tall and seem to resemble neither a typical Chinese or Tibetan.

I also enjoy the articles about the ancient Sumerians found on ancient X and other sites. The ancient Sumerian artwork is fabulous considering it’s age. The fact that we still use the same mathematical system, calendar and time they created over 6000 years ago is completely amazing. So even though my belief in planet X isn’t high I never will be able to completely dismiss the concept knowing that the Sumerians were so advanced for their time.

I wonder what ancient mysteries may have been uncovered by us in Iraq since we have been there “helping the Iraqis?” Surely it is a country full of amazing artifacts. We already know many of the museums have been looted and I wonder by who? While we are there, are some people making a effort to cover certain things up? Obviously we could have prevented the museums from being looted, but we didn’t bother. It could just be that we don’t care about Iraq’s culture, but it could also be that there are certain things the powers that be don’t want us knowing about. Saddam seemed to hint many times that there were ancient secrets in Iraq that he had access to. Not that anyone should fully believe what Saddam says, but it shouldn’t be wholly discounted either. Whatever he thought he had obviously didn’t help him much. Mysteries are called that for a reason and whatever he may have had could have only been a few pieces hinting at something great.

Actually that is kind of like Coast to Coast, in that there are all these different guest and maybe some of them might have a little piece or clue to add to the big picture, but so far the picture still isn’t complete. Really I don’t think the picture will ever be complete in my lifetime, but it is still fun watching the little pieces be put into place.