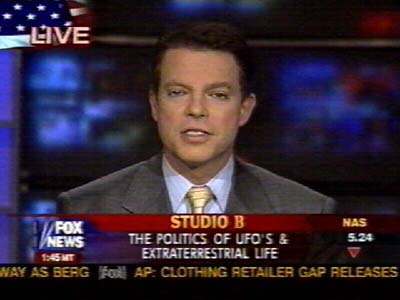 Amidst the Iraqi prisoner abuse scandal and the horrific beheading of Nick Berg, a story slipped into the mainstream this week that had far greater implications than the skirmish presently ongoing in the Middle East. Mexican officials released a 30 minute video of one of their pilots encountering a UFO last March. The film is shot in infrared, picking up otherwise invisible objects flying around with seeming intelligence. After some thoughtful and calculated research by ufologists, Mexican officials released the film to the public, countermanding the usual policy of other world governments which skews toward keeping a tight lid on the UFO phenomenon.

The breaking of this story also brought with it another pleasant surprise : an appearance of Fox News by Paradigm Research Group founder and X-Conference organizer Stephen Bassett. Bassett, as noted here in previous weeks, is also leading a campaign to appear on Showtime's summer political reality show "American Candidate". To no surprise, Bassett handled himself well on the Fox News show "Studio B with Sheppard Smith" and managed to both advance the agenda for disclosure as well as contribute to lessening the "giggle factor" associated with UFOs. 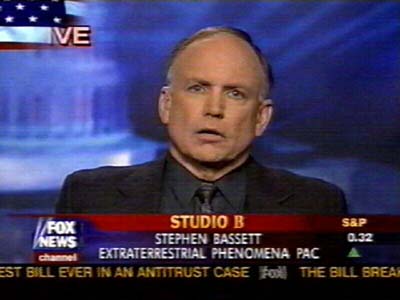 The segment began with Sheppard Smith, the genial host of Fox's 3 pm and 7 pm newscasts, showing a clip from the Mexican Air Force film and recounting the story as it had circulated throughout the day. Shep then introduced Bassett, including mentioning that Bassett had appeared before as a candidate for Congress. Ever the journalist, Shep then simply asked Bassett what the UFOs in the film were. Bassett, thankfully, blew right past that question and then broke down the significance of the story into 2 parts. First, the official release of the footage indicates a growing trend towards other world governments pressuring the US for disclosure. Bassett, smartly, pointed out an obscure French military report on UFOs from 1999 and the release of numerous UFO documents by the UK in 2000 as evidence for this trend.

Perhaps trying to reign in the segment, Sheppard asked an accusatory "How do we know this, by the way?" Here Bassett scored huge by first dissing Shep, saying "Well, we know it by paying attention." He followed up quickly with, "I've been following this now for 10 years. We call it the politics of disclosure, the disclosure process." Bassett brings the topic of "disclosure" up right away, knowing the mass media's reliance on "buzzwords" and soundbites. It sends the message that the topic of interest for those in ufology is focusing towards disclosure rather than the antiquated stance of proving the veracity of UFOs. 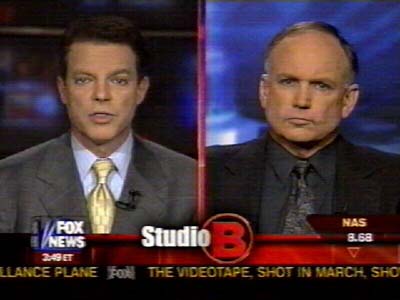 Finishing this thought, Bassett criticized the media for not covering the disclosure movement, citing the hundreds of government whistleblowers and documents, and teasing that the story was much more interesting than one simple film from a Mexican jet. He also points out that there are thousands of ufo sightings over Mexico. At that point, Shep surprisingly interrupts him and backs up his facts regarding the huge number of UFO sightings over Mexico since 1991.

Shep asserts that this is unique because the government of Mexico released it, almost trying to isolate this one film as more important than the much larger body of information available, probably setting up a straw man argument when the debunkers came out of the woodwork later in the week. Bassett agrees that the significance of film being released by an official government is important and, wisely, doesn't venture to discuss just what the objects are.

At this point the discussion takes a different turn towards the public's belief in UFOs. Shep quotes the studies that find that the objects are of extraterrestrial origin and then asks Bassett what about the people who say "This is nutty. Why do we even talk about such things?" Bassett, probably seeing this coming, responded as such, "The polls show otherwise, Sheppard. CNN, Time, and Reuter polls, last 10 years, consistantly, 50 % of all Americans believe the extraterrestrial explanation accounts for these sightings. Up to as many as 90% of Americans believe the government is outright lying. The polls are unambiguious." He even goes on to suggest that Sheppard ask a Congressmen in private about UFOs and that probably half will be aware of the phenmomenon.

Bassett closes this strong case of numbers by stating what appears to be now obvious : the disclosure process is underway. "Disclosure is at hand. It is very close. And the American people need to prepare themselves, very soon, for an announcement from our government that there is in fact an extraterrestrial presence engaging this planet and the human race."

Shep finishes the segment by thanking Bassett, calling it interesting, somewhat sarcastically suggests he will ask a Congressman in private about UFOs, and then digresses by pointing out that the goverment hasn't told us anything about Area 51 since President Truman. 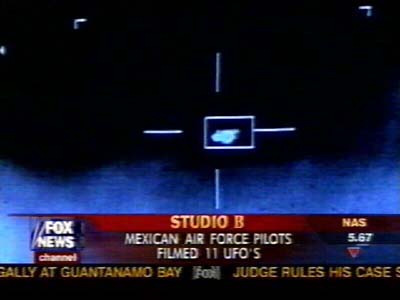 So ... Bassett appears on Fox to discuss UFOs. The significance ?

1>This is the 2nd UFO story reported on by FOX this month, the first being a brief segment on 5.1.4 mentioning the series of UFO sightings over Iran that rocked the country this Spring, even showing film of the UFOs.

2>It sets up Bassett as an authority and activist for disclosure and introduces this agenda to a very large audience.

3>It was almost entirely void of "giggle factor" moments, with the exception of Shep's potentially snide response to Bassett's assertion that Congress was concerned with the UFO phenomenon.

And 4>it laid the groundwork for further revelations, video, or information either released officially, unofficially, or via foreign governments.

In a turn of events that should surprise no one, within 24 hours, a series of debunkers and skeptics spoke up to attempt to sway public opinion. On Thursday they were weather balloons, according to a Mexican weather professor. On Friday the AP quoted a nuclear science researcher who said the UFOs were probably "a scientific phenomenon involving gases in the atmosphere". Reuters, meanwhile, quoted the same researcher but headlined saying that it was "weather" not gas that caused the UFOs. Meanwhile, a Mexican astronomer chimed in that the UFOs were meteorite fragments while also quoting another scientist who said that the UFOs were "almost certainly 'space junk' resulting from hundreds of satellites burning up upon reentry into earth's atmosphere after finishing their service cycle." The UFO community was amused by the plethora of prosaic explanations given so quickly by so many "authoritative" sources. The fact that no one can seem to agree on a uniform "cover story" is laughable.

Was it a rare case of goverment honesty with regards to the UFO phenomenon ? Or was it the machinations of an ignorant mass media desperate for some "filler" for their otherwise depressing daily news ? Time will tell.