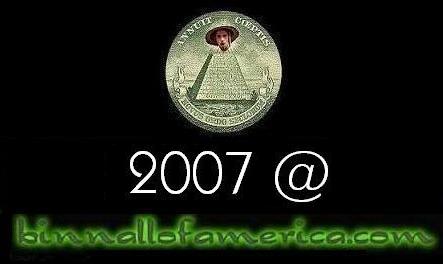 If 2006 was about "standing the test of time" as we said last year, then it is safe to say that 2007 marked the year that BoA faced its first bout of true adversity. It was a year where the real world events took a tremendous toll on us. For a time, there was serious doubt as to the very future of BoA, but thankfully we weathered that storm and are here at the beginning of 2008 stronger and more optimistic than ever about where the BoA franchise is headed in the weeks, months, and years to come.

Let there be no doubt that BoA's survival in 2007 was thanks, in large part, to the hard work of our tremendous staff. Lesley penned 45 new editions of Grey Matters, Khyron had 43 fresh K-Files, and Regan Lee authored 24 original Trickster's Realms. Each of the three columnists also celebrated two years of writing for BoA. The site also saw the addition of our newest columnist Tina Sena, who would go on to write 17 pieces for her column Esotericana. The BoA staff has been amazingly consistent and always striving to bring something new to the table for our reading audience. I am truly blessed to have each and every one of them as part of this incredible team and I humbly thank them for their unending support throughout a difficult 2007.

Of course, there would be no "2007 @ BoA" without our awesome audience of readers and listeners. The BoA audience is, without a doubt, the fuel that makes this machine run. The last 12 months have seen huge growth in visitors to the site, which is a testament to BoA's grassroots supporters who continue to spread the word about our off-kilter corner of cyberspace. You are a hugely integral part of this website, a fact that is never forgotten @ BoA HQ. Thank you for your support, interest, and participation over the past year !!

2007 was also a year where the BoA brand continued to evolve, as columnists Lesley and Regan Lee both began writing for UFO Magazine, Binnall was a guest on a number of different podcast series, and Khyron launched the K-Files Movie Loft. Meanwhile, BoA:Audio produced 39 new episodes and became syndicated on the Anomaly Radio Network. 2008 looks to see even more opportunities to expand the BoA brand and new avenues for the BoA staff to showcase their talents.

As this recap of the past year is typed, new guests are being scheduled for BoA:Audio, new voices are joining the BoA staff, and new projects are being feverishly devised. In 2008, we will continue to raise the bar on what we've done before and to develop new content that will make the BoA franchise one-of-a-kind in the world of online esoterica and beyond. Rest assured, it will be one hell of a journey.

Join us now in a look back at some of the key moments of 2007 @ binnallofamerica.com.

During the winter hiatus, BoA:Audio collected our audio previews and began posting them in streaming audio.

Lesley paid tribute to Robert Anton Wilson, Khyron reviewed the Alex Jones film Terrorstorm, and Regan Lee looked back at 2006 and ahead to '07.

BoA : Audio returned from winter hiatus with a two-part interview with John Greenewald (Part 1) and (Part 2).

Lesley looked at the nebulous world of online esoteric punditry and Regan Lee examined the sad state of the UFO economy.

Tina Sena debuted @ BoA with "Esotericana". The debut column looked @ the How the X-Files Killed Ufology.

Hot Newz had the scoop on the 3rd annual C2C Softball Team.

Khyron had a detailed look at George Noory on the Alex Jones Show and Tina Sena looked at the strangeness of Mountains in Esoterica.

Joe Vee emerged from seclusion with a scathing piece on Lynn Marzulli.

BoA:Audio discussed the Australian Bigfoot in an ultrarare interview with Tony Healy, co-author of "Yowie".

Paul Kimball invaded BoA and turned it into Kimball of Canada for our Audio special Behind the Best Evidence.

Binnall's exploration of The Bridgewater Triangle was published in Coast to Coast AM's "After Dark". 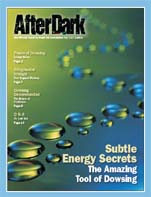 BoA went dark for 8 days as we mourned the passing of Richard Binnall, Tim's father.

BoA responded to a chaotic month @ C2C with coverage in the binnall report, The K-Files, Grey Matters, and at the binnall blog.

Lesley and Tina Sena both looked @ the 60th anniversary of Roswell from their own unique perspectives.

Khyron speculated on the UFO / Drone pictures that were all the rage online.

Regan Lee looked at the role of wolves in esoterica.

Binnall journeyed up to Canada for the Kimball / Binnall Summit and broke bread with "Kimball of Canada".

Lesley reminisced about the Summer of 2007 in Esoterica with Looking Back (Part 1) and (Part 2).

Binnall was a guest on The Blue Rose Report with host SMiles Lewis.

Khyron looked @ Secret SS Science, Lesley reacted to the Strieber v. Pinchbeck dust-up on Dreamland, Regan Lee examined the role of Owls in Esoterica, and Tina Sena urged us all to Think Positive.

BoA:Audio was syndicated onto the Anomaly Radio Network.

Lesley penned her 3rd annual Blog Around the Clock feature.

Regan Lee updated us on her Women in Esoterica project.

Khyron examined the disturbing trend of public disruptions in esoterica and opened up the Movie Loft to review the Alex Jones film "Endgame".

Binnall's exploration of Oak Island was published in Coast to Coast AM's "After Dark". 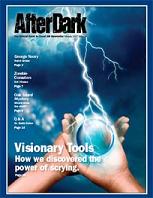 The new BoA Line of merchandise was unveiled.

The BoA store had Vaeni Mania.

Tina Sena discussed the role of mermaids in esoterica.

BoA:Audio closed the book on 2007 with a critically acclaimed two hour interview with Nick Redfern.